Knowing more does not actually “fill” you. On the contrary, it makes you ask even more questions.

And the more you ask, the more you come to realize that there are a lot of things that do not have a straightforward explanation…and that some things ‘simply are’.

So here’s to penning a witty quote, or two, for the many things in life that, perhaps, do not really need an explanation.

William T. Co has been writing quotations since his mid twenties. Through years of experience and copious amounts of reading, he has become a walking encyclopedia when it comes to history, philosophy, politics, economics, and religion. It comes to no surprise that these are also his favorite topics to write about.

His works first appeared on his blog, WilQuote.com. ‘WilQuote’, short for William’s Quotations, was coined by his late wife, Vilma. In 2016, he released his first book titled “Life Without Nonsense Doesn’t Make Sense” and in 2017 he released his second book titled “A Cynic is One Who is Tired of being Fooled”.

He is a Filipino-Chinese businessman residing in the Philippines. He has three kids namely Matthew, Michelle, and Mark. I wasn’t born a cynic.

This was brought out by years of being screwed over, and then some.

Over time, I’ve come to realize how most people are only looking out for themselves. And, Dear Reader, if you’re smart, you’ll watch out for that too.

Look closer, and you’ll see that nothing is as pristine as it seems. An enticingly romantic book illustrating that intense and intimate connection between two lovers. They are beautifully drawn in a world of their own, with nothing to hide, and everything to experience. Every quote has a story to tell. 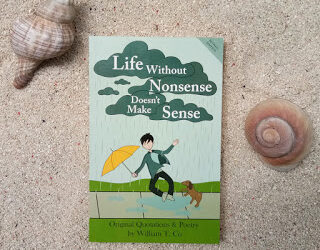 So we've recently set up our first book in Amazon!For those who have already read "Life Without Nonsense Doesn't Make Sense" as a hard copy (Thank you so much!!), we would really appreciate it if you can take the time to leave a review over there so others may also... 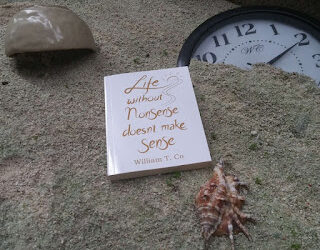 https://www.youtube.com/embed/U_x2C0a0xNg GREAT NEWS EVERYONE!! Our first book is out NOW!"Life Without Nonsense Doesn't Make Sense"  has 200 pages with over 35 illustrations! It is available at Philippine bookstores, nationwide! THANK YOU & ENJOY!